A much as I admire the ingenuity that punters have in finding an edge, the line is a very fine one for betting scams in some cases. If the bookies get caned fair and square, then all well and good. Unfortunately though, there’s a darker element that attempt to exploit the game. They operate outside of the morals, ethics and rules, and I have no time for them.

Betting most days, it’s difficult not to see some of these blatant betting scams, whispers and the like. Shops in particular have a massive turnover of staff, as they’re usually not treated too well. It’s quite easy to exploit new staff, especially whilst they’re finding their feet.

Don’t get me wrong, mistakes happen. Both on the side of the punter and cashier. Generally speaking, bookies are pretty good. Sometimes you miss a price, or they pay you short. Being civil helps, most staff are embarrassed that a mistake was made, and they usually correct things fairly quickly. If you don’t notice, then that’s your loss, you should be on your game. As for missing prices, there’s usually a 15-20 margin of error, but we all miss prices occasionally. You can always void your bet prior to the off, if you don’t like the price given.

This is a blatant scam that was operating in the home counties last year. It’s funny as I found out by complete chance. I was due to meet someone but I was an hour early, due to driving from Yorkshire. To kill an hour, I popped into the bookies. I think it was a Betfred if I recall correctly.

I’d had a tip for a dog running at lunchtime and I wrote out the slip as usual. It wasn’t a massive bet. In the order of £60 I guess. I handed over the slip and cash. The guy looked at it, looked at me and said, “I can’t take that mate”.

Now I’m not the neatest of writers, but it appears that in my haste to write the bet out, the number 4 I’d written for Trap 4, was a little curvy, and could be mistaken for a 6 as well. He told me there were gangs doing the rounds pulling this as a scam.

I wrote on the slip “TRAP 4” and that seemed to appease him. Whether he considered me as a scammer or not is his issue. It was a genuine error, but who cares, that dog romped in at 4/1. After my meeting, I went to collect my winnings, the guy sneered but still paid out.

A younger or newer member of staff may have paid out on the 4 and the 6. Devious and below the belt in my book.

We’ve all seen it when it’s busy at a bookies counter. It’s loud, busy and sometimes chaotic. It’s usually when your getting a price quickly, that some jerk will try and pull the wrong change scam. It takes time and effort to resolve, and usually just annoys the rest of the punters.

Don’t get me wrong, some are genuine errors, and that’s cool. The remainder are petulant scammers, and it’s really bad for business. i usually change bookies if I see this happen. I can’t afford to miss best prices.

Many pro’s do the same. Spending time in a bookies isn’t the nicest of experiences. They seem to attract a particular crowd of, lets say colourful people. I’ve had some great laughs in the shops, but this is work for some of us, and we need wages at the end of teh week like everyone else.

The Free Ticket Method (Not Scam)

After the negatives, I though I’d add a nice free bet method for your interest. It’s a great method, and is completely risk free. Now you need to know when the money back as free bet offers are running.

Not everyone is aware of the money back offers, and if their selection loses, they usually throw their ticket on the floor in disgust. When placing bets, my colleagues and I would always look at others betting slips to weigh up who had what.

Guess what, when the customer left, we’d be rooting around on the floor to get the ticket. If that horse had come 2nd, 3rd or 4th to the favourite, we get up to a free £20 bet. It’s amazing how often it happens. Sometimes it’s just a few quid, other times it’s the full £20. All you had to do is go for it. Do this 3 or 4 times a week and you’re quids in.

As you’ll get free bet vouchers, you can either bet with them and accept losing sometimes. Or lay them off on the exchange too and turn vouchers to money. The choice is yours.

In a similar way to the 4 6 Scam, It’s possible to write out your bet in such a way that your stake can become ambiguous. The stakes are usually £10 and £20. The bet is always staked for real at the lower amount. When it comes to collecting winnings, the punter claims that the stake was £20.

I’ve seen it done, but again, It crosses the line for me, and not only is it immoral, it could get you arrested. That’s not worth the risk. I’ve no doubt it works for some though. Bookies beware!

We’ve all heard about doping, and when we hear that racing is bent, sometimes it’s true. We’ve all seen horses pulled up or held up unnecessarily. There’s usually reasons, and that’s sometimes doping or spoiled feed.

More recently, there were gangs doping greyhounds in the North West. Yes, these are organised affairs. It’s probably easier to infiltrate dog racing as they’re so erratic.

Again, I can’t condone any scams. What I’ve written here is to enlighten some readers to what’s possible. Please don’t scam though. If you read the blog thoroughly, you’ll find plenty of honest and legitimate ways to make money from betting. There’s no better way than to take money legitimately. It really puzzles them. 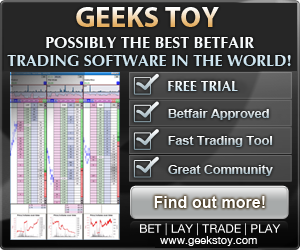